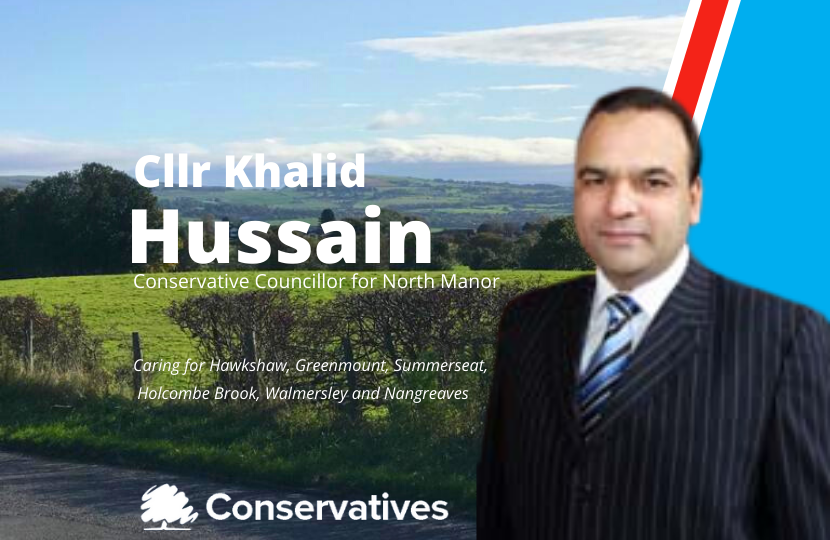 Khalid Hussain JP was elected as Councillor for North Manor Ward in May 2011 and re-elected in May 2015.  He is due for re-election in May 2019.  He is one of three Councillors that represent North Manor Ward, an area which includes Summerseat, Holcombe Brook, Greenmount, Walmersley, Nangreaves and Hawkshaw.

As many residents will know there have been various concerns about potential planning applications for the land between Springside Road and Burnley Road in Walmersley, commonly referred to as Church Fields.