£1.07 Billion for Greater Manchester is much welcome but Bury Council must take urgent action now to prevent road accidents

In the 2021 Autumn Budget, Chancellor Rishi Sunak announced £1.07 billion would be given to Greater Manchester to Level Up Greater Manchester in the City Region Sustainable Transport Settlement. The news was welcomed by Bury North MP, James Daly: https://www.jamesdaly.org.uk/news/ps1billion-level-greater-manchester-transport

The £1.07 Billion includes over £270 million to invest in Core Highway Maintenance and Minor Works and Road Safety Packages and the full prospectus can be found here.

The funding for Greater Manchester which includes Bury has been welcomed by Conservative Councillor and Shadow Cabinet Member for Transport and Highways, Jackie Harris

Government have allocated funds to Greater Manchester, so our Council must fight for our fair share of the monies from the Labour Mayor and other authorities to improve the safety of our roads

When the announcement was made, Chancellor of the Exchequer, Rishi Sunak said

"Great cities need great transport and that is why we’re investing billions to improve connections in our city regions as we level up opportunities across the country.

The funding announcement has brought other crucial safety concerns to the forefront for us back home though, as Cllr Harris explains

Bury Council's delays over road markings is a cause for concern. There have been two separate accidents between motorists in my own ward which would appear to be a result of a lack of road markings and I know of other incidents from other wards too.

An urgent request has been made to Bury Highways management for immediate action before anyone gets hurt. 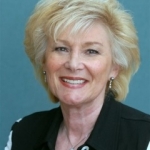