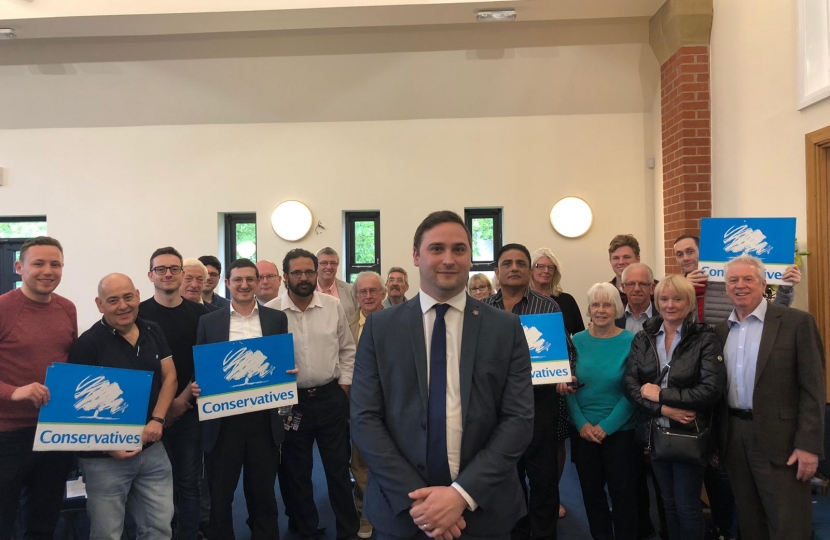 The 34-year-old, who has a background in the communication and insurance sectors, has a proven track record of delivering for his community as both the group leader at Pendle Council and with his volunteer work, having previously been a youth worker at his local church and a school governor.

Christian, who is married to Alexandra and a fan of rugby and real ale, said if elected he would push for more investment in the local economy, help tackle youth unemployment and work to crack down on crime, with tougher measures for criminals.

He said: “Whilst the economy has turned a corner, times are still tough for hardworking families and young people. I would push to see more investment in the local economy, promoting local businesses and ensure that even more apprenticeships are available across Bury South.

“I also think we need to get tougher on criminals and as the Conservative MP for Bury South I would be in a position to lobby the government to achieve this. I believe that tougher punishments are needed as deterrents to would be criminals- ASBO's have proven to be ineffective but with overcrowded prisons an answer needs to be found.”

Having been involved in politics from an early age and with experience gained as a councillor, Christian, who was the north west co-ordinator in the Back Boris campaign, said he believes he is the right person to represent Bury South, fighting for residents in Parliament.

He said: “As a Lancashire County Councillor and Lancashire Area Chairman for the Conservatives I have a good knowledge of the issues affecting the north west.

“Bury South has been let down by Labour. It’s now time for a change and I believe I am the right person to represent the constituency as the Conservative MP, standing up and fighting for residents in the heart of Westminster.”

Protecting our Green-Belt and Countryside

New provisional population figures would see a dramatic reduction in the housing need for Bury over the next 20 years.

There would be no need to build on any green-belt land within our town as proposed in Labour’s Greater Manchester Spatial Framework (GMSF).