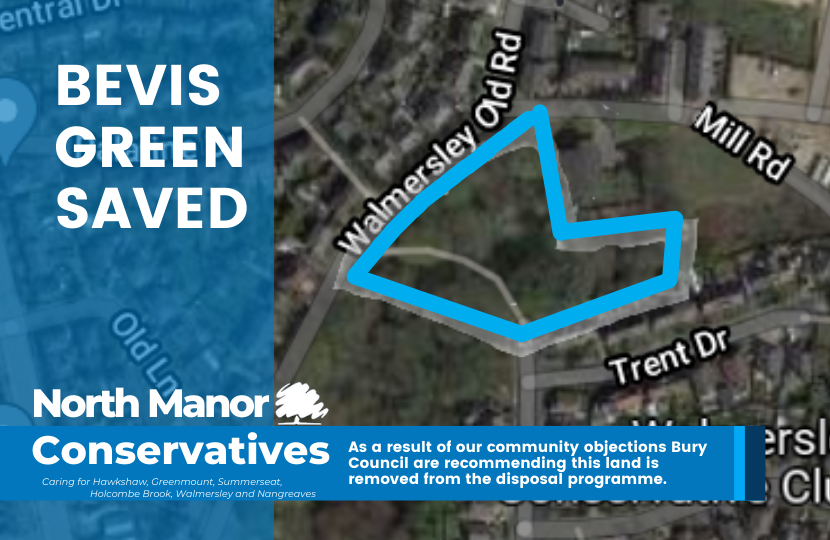 Late last year Bury Council issued a notice in the local paper stating its intent to sell off Bevis Green as part of their "Accelerated Land Disposal Scheme".

Following a community campaign and letters to all residents nearby from local Conservative Councillors Liam James Dean, Khalid Hussain and Roger Brown the Council have now responded stating their intent (subject to Cabinet approval) to withdraw Bevis Green from the disposal scheme.

It is absolutely fantastic that the local community has come together to object the sale of this land and even better that we've achieved the outcome we wanted.

Having as many residents as possible hear about this plan was imperative to get the community response we needed which is why the Conservative Councillors wrote out to every resident in the area asking them and telling them how to object.

It's our brilliant community that make these wins possible.

The full letter to residents can be found below. 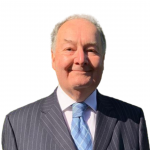 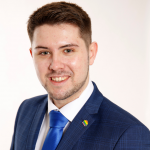 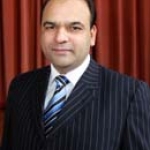